My Morning of Skanatra and Goal Yelling 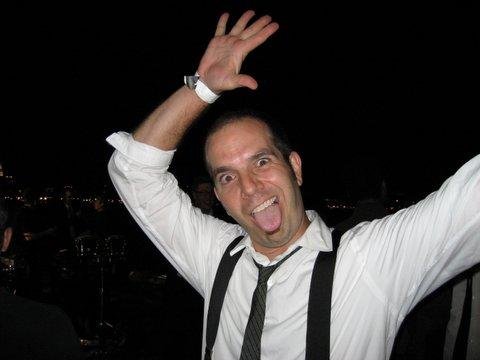 It’s 8:17 am, and I’ve started my morning routine.  I’m tackling my to-do list on ToDoist, and on that list are two goals I have set to recur every day.

One of them is what I called “Megaffirmations” (a sorta clever way of saying mega affirmations.)  It’s a technique I learned through Tony Robbins — one of the kings of positive motivation and getting on track.

Tony says that feeling motivated isn’t just about telling yourself that you’re going to have a good day and do great things…rather, it’s about getting yourself in such a state of manic excitement and feeling good, that then your brain automatically links “pleasure” to whatever it is you’re trying to achieve.

In other words, you feel so good, you can’t help but want to do the thing you want yourself to do.

It’s an NLP technique — positive conditioning and association.  People use it to lose weight and talk to girls and stuff.

The way I get “in state” is to listen to really great, high-intensity music.  And I just rediscovered a really fun band from my youth — Skanatra.

So, I’m listening and bouncing along in my chair, which led me to part number 2…Goal Yelling.

I have a list of goals that I want to accomplish over the next year.  Stuff like getting out of debt, going shark cage diving, adopting a dog, building a $10 million business, etc.  To make those goals real, I read them out loud EVERY day.  And on mornings like this one, I start YELLING them.

Why?  Because then I’m paying attention.  It’s a hell of a lot easier to be fully present and paying attention when you’re screaming.  And the only people listening are my girlfriend’s two cats, Rex and Bodhi.  And they’re not people at all, even though they’re giving me some awfully weird looks.

Research shows that the more you repeat your goals, the more your brain tends to remember and integrate it into your life.

And listening to a band that covers Sinatra tunes in a Jamaican accent while yelling next to some cats…I’ll probably remember this.

What goals can you yell this morning?

No comments to show.